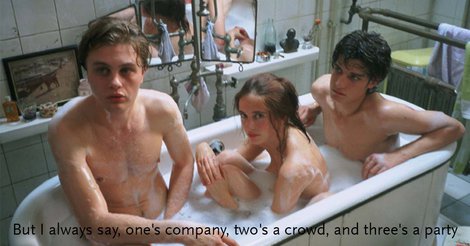 “But I always say: one's company, two's a crowd, and three's a party"

Numerous members of the German Bundestag came together to discuss the possibility for The Left Party, Social Democrats and Greens to form a red-red-green alliance (#r2g). Are the 2017 elections going to give birth to a left-leaning government and mark the beginning of a new political era? Or are they just going to give the floor for another show of spin doctors and PR professionals?

It’s up to us to come up with a new political project within the organisations and without. For #r2g will have a chance only if it is conceived in entirely new ways, namely as a project of the Left and of the milieus subscribing to the value of solidarity, as a political idea which is imposed on the three political parties from outside and which obliges them to transform and to go beyond themselves, as a campaign which formulates clear political alternatives rather than leaves the options open for all strategic alliances. We will say what everybody knows: Only a really left and social government can open up future perspectives which nobody need to be afraid of.

#r2g can break the rigid boundaries of parliamentariy democracy and respond to the social need for diversity, justice, solidarity and democracy. A left government in Germany would have an immediate European impact. Let’s start to look for a left response to globalisation rather than to look back to a mystic past or to always try to be on the winners’ side. Let’s look for responses which make a real difference and a difference which is really possible.

[coming soon - paper is in translation]

In this positioning paper, the leadership of the Institute of Solidary Modernity outline potentials as well as dangers of #r2g while discussing the programmatic pillars for a government of the Left. And we would like to ask you to contribute to a broad discussion. Please circulate the paper, express yourselves and think about what can be done in the constituencies in 2017. Our possibilities are certainly limited but the year 2017 will need our interventions!